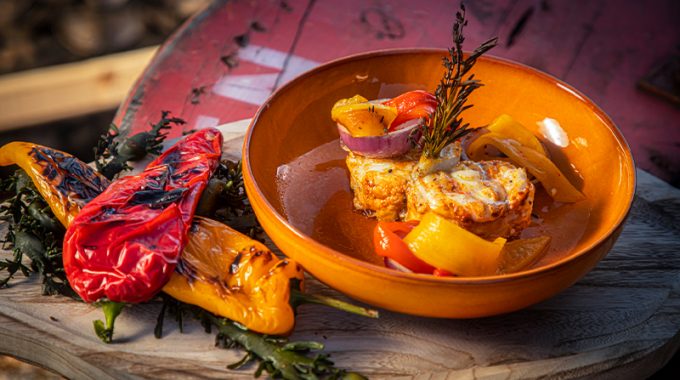 Monkfish has an impressive appearance and an equally impressive flavour. The fish only has one round backbone and no ventral bones, as opposed to most other fish. In this recipe for monkfish grilled on the Big Green Egg, leave the backbone in. Buy fillets with the backbone in, or a whole monkfish that you can easily clean and fillet yourself. 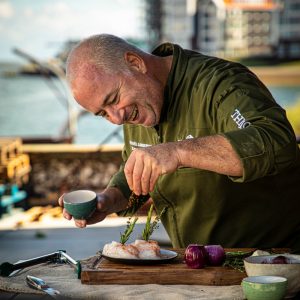 Sauerbraten with potatoes and blood sausage

Sauerbraten is one of Germany’s national dishes. The meat is marinated in red wine or…

OVERVIEW Mackerel’s great at standing up to big, bold flavours, which is exactly why Ross…

This rub recipe is not only suitable for chicken, you can also use it for…