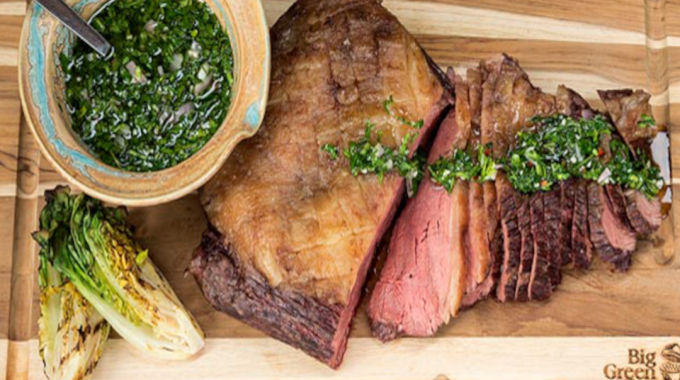 Most people know rump these days by its Portuguese name “picanha”. One piece of rump weighs an average of 1.5 kilograms and has a nice layer of fat. Because fat has a lot of taste, we will, of course, use it during the preparation.

For the beef rump

Cut off any sinews and pieces of fat from the underside of the meat. Without cutting into the meat, make crosshatch cuts into the fat layer and generously rub the fat layer with coarse sea salt. Let the meat sit for 15 minutes and in the meantime, light the Big Green Egg.

Heat up the Big Green Egg, with the Cast Iron Grid, to 160°C. Place the meat on the grid, fat layer facing up, and grill 1 to 2 minutes so that the fat melts somewhat; as a result, the meat will baste itself during the preparation. The fat layer will cause flames during the grilling. When this occurs, move the meat immediately so that no soot gets on the meat or generates greasy smoke. Remove the meat from the EGG after 1 to 2 minutes. Take the Cast Iron Grid out of the EGG with the Cast Iron Grid Lifter, put in the convEGGtor and place the Standard Steel Grid in the EGG. The temperature will decrease by approximately 50°C and must arrive at 100-110°C.

Place the rump with meat side on the grid, insert the pen from the Dual Probe Remote Thermometer into the centre of the meat and close the cover of the EGG. Set the desired core temperature according to your personal taste and cook the meat until that temperature has been reached. In this case, the core temperature was set at 54°C (medium-rare), but rump is delicious starting at 49°C (rare). It is still tasty even when cooked to medium-well. Because the meat will not be grilled any further, the core temperature while resting will rise by a maximum another 1°C and will be very evenly cooked. It will also prevent the meat from acquiring an unpleasant, greasy smoke aroma at the end.

Remove the meat from the grid and let it rest 10 minutes. In the meantime, prepare a side dish, such as Little Gems sliced in quarters. Grill them for approximately two minutes per side on the Cast Iron Grid. The rump is also really delicious served with chimichurri (see recipe below), a parsley and garlic salsa with a vinaigrette basis. 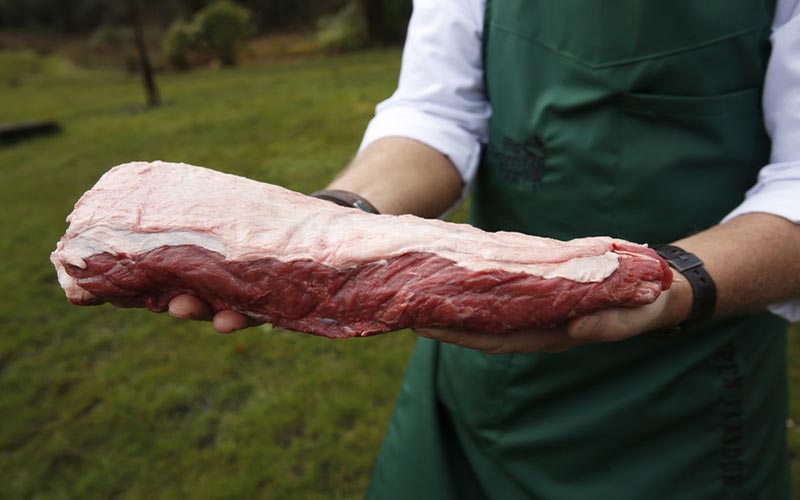 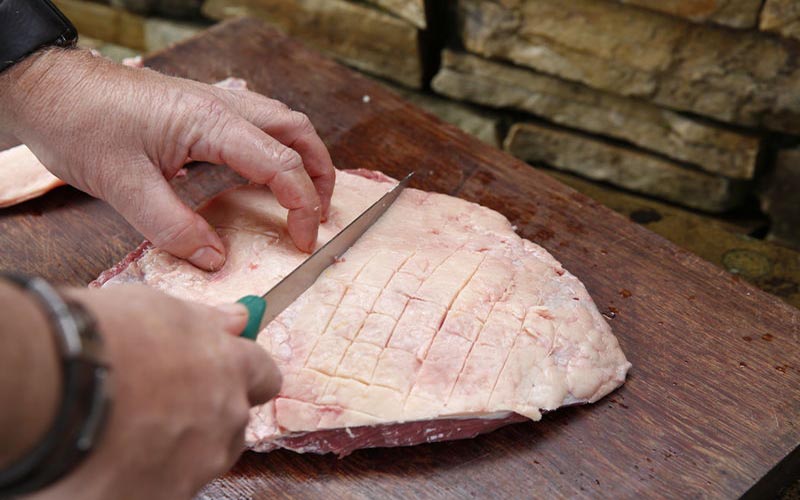 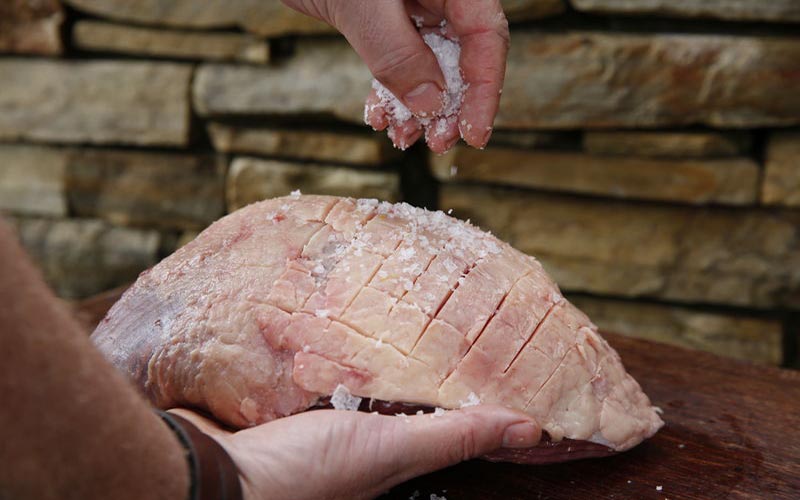 Have you ever prepared a Thai curry on your Big Green Egg? Then you know…

Making apple compote on your Big Green Egg is so fast and simple. This mildly…

Peppers and courgettes are delicious when you grill them on the Big Green Egg, but…